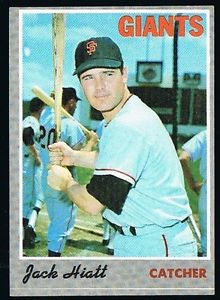 Giants catcher Jack Hiatt hits a two-run, first-inning home run and a thirteenth-inning grand slam to pace a 12-8 victory over Houston at Candlestick Park. Hiatt has seven RBI in the game, which ties the Giant record for a catcher, set by Ernie Lombardi on April 30, 1944, when he got three hits, including two doubles, but no home runs. The Giants won that one over the Dodgers, 26-8, at the Polo Grounds.

His fanboys everywhere wait for Buster Posey to break this record. 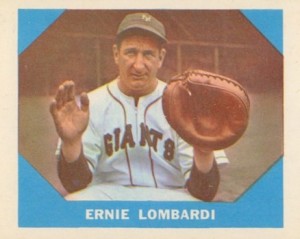