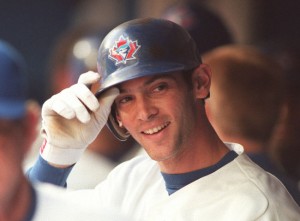 Last week, we looked at the best of the players the Giants drafted with picks gained as compensation for the loss of free agents. Today we look at the flip side of that — draft picks the Giants lost when they signed free agents.

One of the things teams often forget when they sign free agents is that part of what they are paying for is what a player has done in his past, not what he will do in the future. They also forget that free agents have often reached an age — their very late twenties or early thirties — when they have already started on the decline phase of their careers. For every Barry Bonds or Greg Maddux that is signed, there are dozens of Carl Crawfords and Bud Blacks.

Yet while that draft choice lost when the free agent was signed holds promise, it should be remembered that a draftee is not guaranteed to be an all-star, or even to reach the majors. So it’s a delicate balance to strike. One interesting case where the balance was almost equal on each side arose from the Giants’ signing of center fielder Brett Butler in December 1987. Butler would, over the course of three seasons with the Giants, put up a WAR of 13.6 and be a key player on the 1989 team that won the National League pennant. What did the Giants give up by signing Butler? The 17th pick in the 1988 draft’s first round, which Cleveland used to draft pitcher Charles Nagy, who would go on to provide 25.2 WAR for the Indians over 13 seasons and pitch on two pennant-winning teams (1995 and 1997).

Barry Bonds was one of the greatest free agent signings ever, and no draft pick lost could ever have equaled the value he brought to the Giants. Likewise, free agents such as J.T. Snow, Ray Durham, Jeremy Affeldt and even Willie McGee played well for the Giants during their time with the team. Yet there is a dark side, the free agents who were not a good use of the club’s resources and sometimes even a disastrous use of those resources. What draft choices might the Giants have gotten instead? (For “lost” draft picks, I limit myself to only those first round draft choices made with or after the pick the Giants gave up, except for the picks to compensate for Mike Matheny and Matt Morris, which came near the end of the first round so I include possible picks from the second round.)

Now, of course, the teams who gained the compensation draft picks from the Giants did not in each instance pick any of the guys I’ve listed, and had the Giants not signed a particular free agent, there is no guarantee they would have drafted one of the corresponding amateurs either. Still, there were opportunity costs to signing Armando Michael Tucker, Armando Benitez, Barry Zito and Aaron Rowand.

The Giants have had successes with free agent signings, including perhaps the best ever in Barry Bonds. But others have been as bad as the Bonds signing was good.