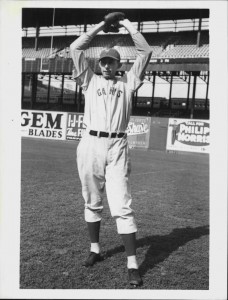 There seems to be an impression out there that pitchers get hurt today more than they ever did before. Every time a high-profile pitcher gets hurt — this spring it’s been Kris Medlen and Brandon Beachy of the Atlanta Braves and Jarrod Parker of the Oakland Athletics — we get a rash of stories lamenting that pitchers aren’t as “tough” as they once were, or stories proposing some solution for this epidemic of pitchers who pitch well, then feel pain, then go on the DL, then go under the knife.

I don’t believe that there’s some new epidemic of pitchers getting hurt. I think this is a story as old as baseball. As long as pitchers throw baseballs as hard as they can, often mixing in various twists and turns and grips, elbow ligaments will tear and shoulders will pop and rotator cuffs will fray. While there might be ways to protect pitcher’s arms, to limit the damage, to give pitchers their best chance to survive — long toss, limited innings, ice treatments, heat treatments, skipped starts — the reality will not go away. Pitchers get hurt.

Perhaps many think of the old days differently because when pitchers got hurt then, they were simply discarded and never heard from again. The code phrases for this were, “He had arm fatigue,” or “He stopped being effective.” We see these phrases, or something similar, scattered throughout baseball history.

Jesse Barnes was 28 years old in 1921, and for the previous two years had been the ace of the Giants’ staff. When all was right with his arm, Barnes could be impressively dominant, but consistency now started to elude him. For the first time, his ERA would top the 3.00 mark in 1921. Barnes himself, much later in life, told an interviewer that he had experienced arm trouble that season. There was evidence of struggle—he started the season with a 4-5 record—but this was an era when pitchers were expected to pitch through their problems, and Barnes had no extended absences during the season.

John McGraw could be hard on his pitchers. Southpaw Art Nehf, a teammate of Barnes, observed that McGraw viewed pitchers as “cogs in a machine” and was not averse to “burn[ing] up a pitcher in two or three years” if the good of the team required it. McGraw had a strong affinity for the curveball and molded his pitching corps accordingly, expecting them to throw an “uncommon number of curves.” Jess Barnes, his brother Zeke, and Nehf all viewed heavy reliance on the curve as punishing to the arm.

In one interview, Barnes stated that, “Speed pitching is natural pitching….It is the curves that get your arm.” The extent to which the curves got to Barnes’s arm is not known, but the mound mileage was beginning to add up. Entering 1921, he had pitched an average of 294 innings during each of his first two full seasons with the Giants, and his cumulative major league total now surpassed 1,100 innings.

Barnes lost his effectiveness, and by 1923 would appear in only twelve games for the Giants, mostly in relief, before McGraw traded him to the Braves, where he would have a couple of good years before falling precipitously. He would be out of the  majors at 34.

Cliff Melton stormed through the 1937 National League as a rookie pitching sensation for the Giants, and even received consideration as a possible Game One World Series starter over future Hall of Famer Carl Hubbell. But Melton’s insistence that Hubbell teach him to throw a screwball, the rarely-used pitch featuring an outward flip of the wrist that puts unnatural pressure on the elbow, figured prominently in the inconsistency which plagued the rest of his once-promising major-league career.

The skinny southpaw, plucked from the Baltimore Orioles of the International League as an intriguing 24-year-old prospect, emerged from Bill Terry‘s 1937 bullpen to become a starter, posting a 20-9 record and 148 ERA+. Melton pitched 248 innings in his rookie year, but didn’t reach that total again until 1946 with San Francisco in the extended-season Pacific Coast League — after not having pitched in 1945.

Hubbell, also a lefty and the game’s pre-eminent screwballer, recalled that he worked with Melton during the 1938 season. Melton adopted Hubbell’s screwball, but starting in July suffered agonizing bouts of elbow trouble and ineffectiveness. (Hubbell himself had required elbow surgery for a bone chip in August 1938, and in discussing how Bill Terry managed him the following season, Warren Corbett notes that the Giants manager “had no clue how to handle a fragile arm.”)

Whether Melton’s problems stemmed from a screwball-damaged arm and a manager who didn’t know how to deal with it, there was clearly something wrong. Melton would never again match his 1937 productivity. He was briefly resurgent in 1942, making the National League All-Star team, but a badly swollen arm soon thereafter indicated something was wrong. The Sporting News reported on August 13 that the Giants had sent Melton to Johns Hopkins Hospital in Baltimore where his left elbow was found to be “full of bone chips.” Melton lost the rest of the season to elbow surgery to remove the chips. His last major-league pitch came at age 32 in 1944 after he had spent most of the summer in the minors.

Larry Jansen was purchased by the Giants from the San Francisco Seals of the PCL after the 1946 season. He was the Giants’ star pitcher over the next five seasons, never pitching fewer than 248 innings a season, and compiling a 121 ERA+ over that time. It was Jansen who relieved Sal Maglie, and retired the side in the ninth inning, in the famous 1951 playoff game against the Dodgers that featured Bobby Thomson‘s home run. Jansen had, three days earlier, thrown a complete game as the Giants beat the Braves on the last day of the season to secure that three-game playoff against Brooklyn.

Jansen, then 30, threw 278 innings in 1951, and the pressure of that summer would always remain vivid. “I’d finish a game and I’d be so exhausted, so drained, I couldn’t sleep at all that night. The next night, I’d get a few hours, but then the pressure’d begin to build to the next start two days away, and I wouldn’t sleep for two nights. By the time I got out on the mound, I’d be pitching from memory. But, by God, it must have worked, because that was one of my best years.”

In 1952 and 1953, Jansen would pitch 167 and 184 innings, respectively, and would have league-average ERA+. By July 1954, what the New York Times called his “sore arm” was so painful, and his pitching so poor, that the Giants released him and put him on their coaching staff. He would pitch for Seattle in the PCL in 1955, and then throw 34 innings with Cincinnati in 1956 before they released him.

Bill Voiselle, 25 years old in 1944, started 41 games and pitched 312 innings for the Giants (still and probably for all time a major-league record for a rookie), winning 21, striking out 161 with a 121 ERA+. He was better than an average starter in only one season after that, and was out of the major leagues at age 31.

There are certainly many, many more, and I’m just looking at the Giants.  If you go down the list of pitchers who had early success in the big leagues, you come upon injury after injury after injury. And for many, such as Taylor and Voiselle, there’s no clear injury to talk about because pitchers just ascended and descended so quickly that nobody really bothered to keep track. And don’t even get started on the hundred, no, thousands of promising minor league pitchers through the years who have had their dreams crushed by injuries.

This, of course, is not to say that teams should stop trying to prevent injuries. They should absolutely keep trying, keep studying the arm, keep studying the mechanics of pitching. It’s more important now than ever with all the money and interest in the game.

But let’s not kid anybody. Pitchers get hurt, and there’s no solution for that. The Jarrod Parker story is an old tale. The thing that has changed, the miracle here, is that, with treatment and surgery, Parker will have the opportunity to come back and, we all hope, be as good or better than ever. That’s new. If he pitched 50 or 70 or 90 years ago, Jarrod Parker might have a two paragraph Wikipedia listing talking about how he was an exciting young pitcher until, inexplicably, arm fatigue caused him to have a puzzling drop in velocity. And he stopped being effective.